Will The Presidential Election Impact The Stock Market? 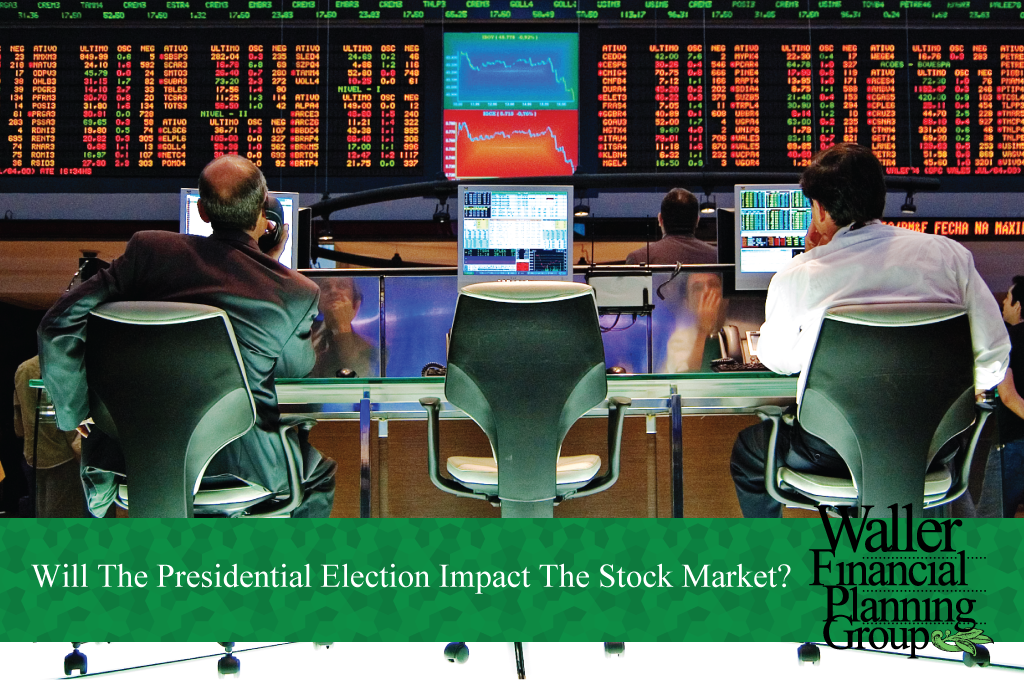 I attended a conference last week, and one of the key note speakers was a political analyst from FOX news, Tucker Carlson. Depending on which way you vote, most tend to either love or hate Carlson. I found something he said quite profound; he stated that in the last 24 years, the average blue collar worker in America has received a cumulative pay raise of 8%.  The point he made was the average blue collar worker is angry that they are worse off than they were 24 years ago. The only good way to express this anger, as voters, is to get behind the antiestablishment-type candidates, like Donald Trump and Bernie Sanders.

Tucker was joined onstage by Paul Begala, a strategist and political contributor from CNN.  These two are on opposite ends of the spectrum. Despite their philosophical differences, it was refreshing and intellectually stimulating to see a real debate over the ideals of both parties, unlike what we see out of the actual politicians. In the end, they both agreed that the momentum behind Sanders and Trump has a lot to do with how they are far outside the political mainstream and the American people are longing for someone different.

As we move closer to November, clients often ask us, “From an investment standpoint, is it better to vote for one party over the other?”

The short answer is no, the investment markets do not favor one party over another.  Most people are surprised to hear this answer. Maybe it is because deep down we all have some sort of political bias, or perhaps it is because it is generally accepted that Republicans are pro-business while Democrats are pro-labor.  The general hypothesis is that Republicans cut taxes on businesses, thus making them more profitable while Democrats push to increase the labor wages, thus decreasing profit margins.

Interestingly though, in 2012 CMC Markets drafted a report titled “U.S. Market Performance since 1900: Republicans Versus Democrats[1]”; it concluded the stock market (as measured by the Dow Jones Industrial Average) has actually performed better with a Democrat in the White House than a Republican.  In reviewing all of the presidencies during the last 100 plus years, there were many other factors that impacted stock market performance far more than political persuasion. For instance, macro political trends like taxation, spending programs and austerity plans are much more driven by Congress than by Presidents. Also, private businesses are the real drivers of macroeconomic trends. Frankly, it is quite difficult for a President to have a dramatic impact on our economy and, by default, the stock market due to the limited time they are in office. There is also the fact that they are not dictators, but instead must govern and legislate with other elected figures of Congress.

In reality, neither party has proved to be better for the stock market. There are benefits to both political philosophies and also some considerable drawbacks as well. Where we are in the economic cycle is far more important to determining stock market success than political affiliation of the President.

Continuing along those lines, there is an old Presidential Election Cycle Theory developed by Yale Hirsch. This theory suggests that the stock market is strongest in the last year of a Presidents term. It further states the first year a President is in office is the worst year for stock market performance. The theory indicates you should sell your investments early in a President’s term and then increase your stock holdings for the last two years of the term. Much like the CMC Markets’ report, this cycle theory is interesting but not always actionable.

As with any theory, there is evidence that supports the conclusion. Just because there is a pattern does not mean it is relevant and should be considered as a sound investment strategy. In other words, correlation does not imply causality. While the presidential cycle theory is historically accurate, it is not predictive of stock market returns. If you are looking for a more accurate theory, you are better off relying on the Super Bowl indicator theory, which says if an AFC team wins, the market will decline; however, if the NFC team wins, the market will go up. And now you know why I rooted for the Panthers.