Parents: It’s On You To Teach Your Child About Money 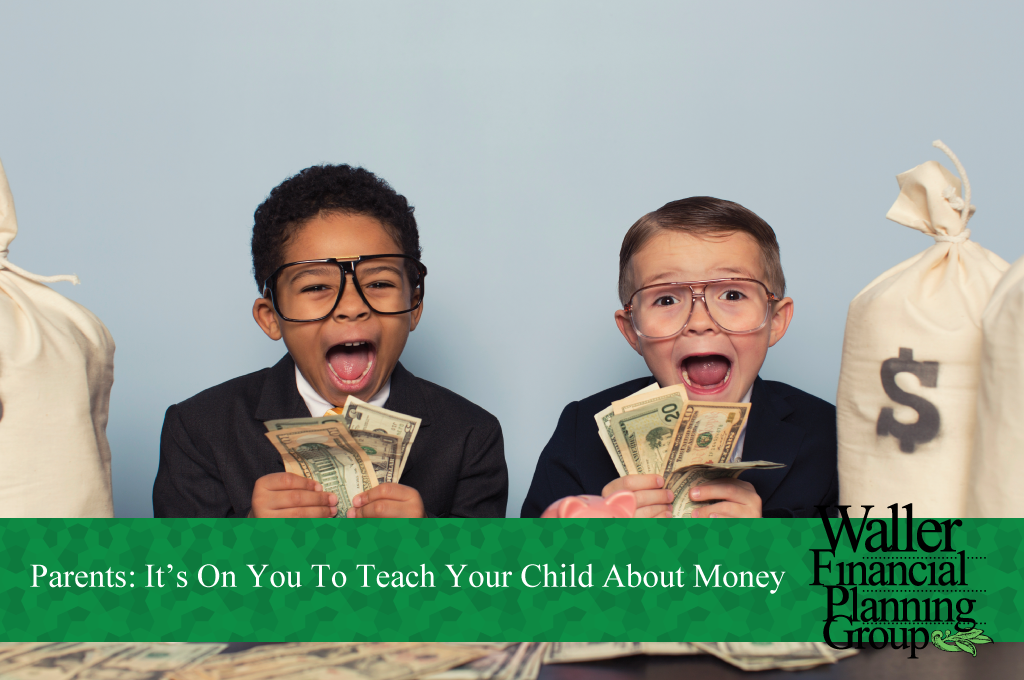 “Think left and think right and think low and think high. Oh, the thinks you can think up if only you try.” It only seems fitting to use Dr. Seuss’ quotes from The Cat-in-the-Hat.

Before I go into teaching children about money, it’s important to mention the negative side of not educating them about money. Let’s look at how America has handled money: In 2013, there were 1.4 million home foreclosures; there are over 40 million people who suffer student loan debt, with a national total of 1.2 million; the total U.S. outstanding consumer debt was $3.34 trillion as of February 2015. This paints a clear picture that many adults lack knowledge about handling money. It’s a rarity to see schools teach lessons about money, so it’s on the parents to take on the task. Help your child not be another statistic, and teach them to live financially fit lives.

“I meant what I said and I said what I meant.”

Children are better copying what they see than doing what they’re told. If you want them to make wise decisions throughout life, you need to be their role model. Parents are the top influencers in how children relate to money. It is never too early to start; we started teaching our children the basics around age 3.

My wife is excellent about incorporating regular household activities and money into interactions with the children. This ranges from looking through advertisements and figuring out how many toys the children could afford to buy with their earned allowance, to understanding real-life situations of shopping and comparing prices. We also feel it’s beneficial to talk about money, not in a sense of how much we have, but more so about how money is used and misused.

The Big Picture: Try to apply your money lessons to real-life situations. This will teach your child to be more confident with money and fully understand its worth.

“And this mess is so big And so deep and so tall, We cannot pick it up. There is no way at all!”

Our system teaches the children that there are household chores that are required of them, and do not earn an allowance, as well as chores that earn an allowance. Of course, the effort of the chore and the age of the child influence the amount of allowance they earn. For instance, our oldest son, who is 9 ½, is paid $4 per week for collecting and taking out the trash. Additionally, he has nonpaid chores he has to do each day, such as serving drinks for the family before we eat, and clearing the table after we’re finished.

We have a large clear savings bank in the living room labeled as the “family vacation fund.” We always toss loose change in it, as do the children. My wife and I like the idea that the whole family is contributing to a common goal. The “piggy bank” is clear so the children can see their efforts build over time.

We also require the children to use a little of their spending money on others. For example, they will give us a few dollars to purchase a present for a family member, or they will donate to a charitable cause, such as a school fundraiser or our church.

The Big Picture: As mentioned earlier, learning to be diligent with saving is a life-long lesson — even adults struggle with this. Children need to understand that saving money needs to occur throughout their life, and not just in this stage of life.

Of course, $4 a week of allowance certainly takes a long time to accumulate enough money to buy something other than a matchbox car or a pack of gum. I am a proponent of allowing the children to earn extra money for non-recurring jobs that need to be done around the house. This lesson teaches our children that they can earn an extra allowance by working hard. For instance, we have paid the children to help clean the garage and basement and laying mulch in the yard. It’s important to make sure they understand why one extra job gets paid while another won’t. In our house, tasks that earn extra allowance are typically projects that are relatively lengthy in time, and much harder than their typical chores.

The Big Picture: As working adults, we have learned that working equals money. There is no way around it – unless you win the lottery. By paying your child extra money to do hard work, this encourages them to be hard workers – and not mention that this is one less chore on your hands!

A mistake I made early on was allowing the children to borrow money while we were at a store, so they could buy a toy immediately instead of waiting until they saved enough money. It started so harmlessly – an unintended consequence of a doting father – my oldest son was a few dollars short to buy a Lego’s cargo ship toy, for which he had been saving for a while. I offered to loan him the money so he could get the toy immediately, and I told him he could pay me back, plus interest, when he earned his allowance. Of course, he paid me back with interest, but this quickly started to spiral downhill, as the children learned about the immediate satisfaction of a loan.

However, they were learning the wrong lesson – personal satisfaction was outweighing financial sense. I remember applying huge costs to disincentive borrowing, but it simply did not register. They could only focus on the immediate gratification of getting a new toy. My wife and I quickly changed our messaging to the children, and explained how borrowing works. We now have a rule: No borrowing; if you don’t have the money, you cannot buy it. This new rule encourages real-life situations of not borrowing money.

The Big Picture: You want to teach your children that borrowing should be limited for needs, not wants. This is the number one reason why credit cards hold so much debt.

The conversation about borrowing money really took us into the lesson about applying these rules to real-life situations. The most important lesson is the need to make choices about how you spend and save money, which lends itself well to goal setting. We encourage the children to always have a goal for which they are saving. From time to time they forget their goal and instead choose to spend their money on a toy they want right away. Before letting them, we talk about saving for their goal, and how much spending the money on something else could push back their goal, but ultimately, we let them make the decision on buying the toy now, or keep striving for the goal.

The Big Picture: Even without money involved, teaching children to make goals for themselves will stay with them for a lifetime. At an early age, their goals can be as simple as their next big toy purchase, but as they get older, these goals will transform into something much more meaningful – such as saving for college or buying a house.