Cryptocurrencies and Bitcoin: What Are They? 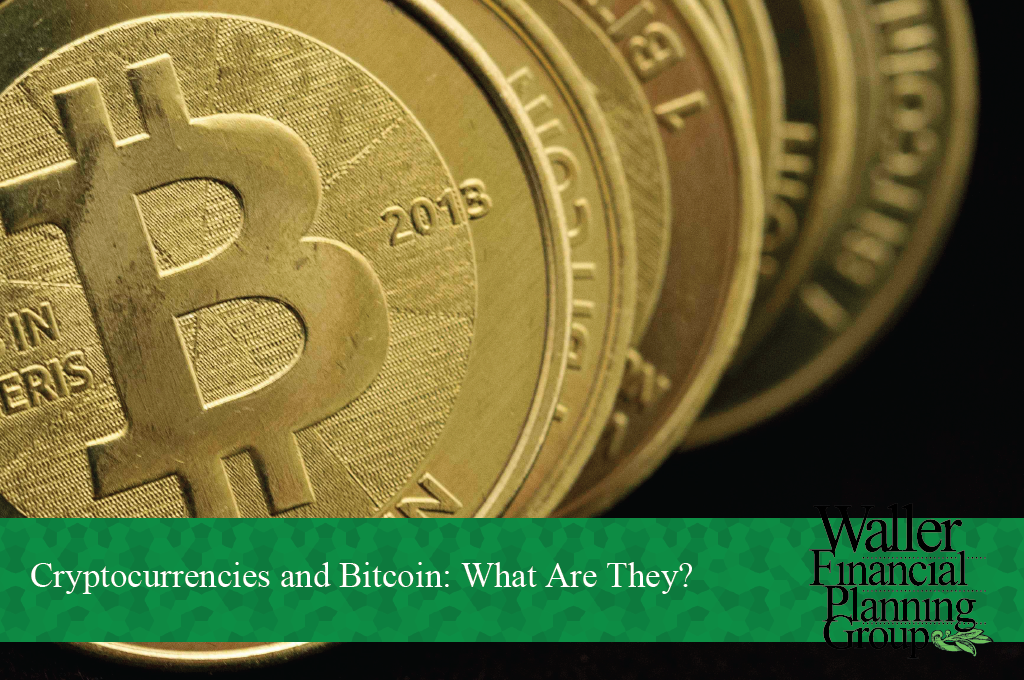 By now you have probably heard a lot about cryptocurrencies, but do you really know what they are? In their simplest form, they are digital assets that are used as a medium of exchange; they are a payment system.

The first decentralized cryptocurrency was bitcoin, which was invented by Satoshi Nakamoto, who is widely believed to be a pseudonym. Many believe there was not one inventor of bitcoin, but instead, it was the work of a group. The history and mystery behind Satoshi and bitcoin is a fascinating subject with many more questions than answers.

Bitcoin was invented in late 2009 and makes up over half of the cryptocurrency market cap. Bitcoin, plus the other top five cryptocurrencies (ethereum, bitcoin cash, ripple and litecoin), make up about 83% of the market. Interestingly, there are over 1300 cryptocurrencies in existence. Within the top five, each is a little different from the other, or at least, serves a slightly different purpose.

The late 1990’s ushered in the era of digital money, or electronic cash, which was the incubator for the birth of cryptocurrencies. For about 10 years, a number of electronic cash systems were developed and ultimately failed all for the same major reason: they failed to protect against a person’s ability to continually spend the same digital currency repeatedly, also known as double spending. This system used a centralized clearinghouse to maintain a real-time ledger of all transactions. All of the transactions needed to be centrally verified, which took a great deal of time.

What made bitcoin different and ultimately led to its success, and the success of the cryptocurrencies that followed, was the ingenious solution of preventing double spending. Satoshi eliminated the need for third-party clearinghouses by publicly distributing the ledger (transaction records). The key was an open-source software and a decentralized, peer-to-peer network for verification that was linked and secured using cryptography. For a decentralized system to work, all of the networks must identically match all the time, and in order to do so they all have to house every single entry, or transaction, of the ledger. Thus, instead of relying on one centralized system, everything is spread out to enable multiple networks to verify a transaction. Satoshi now created a computing system with high speed to make cryptocurrency useable by the masses. This technology is known as blockchain.

What makes bitcoin and other cryptocurrencies appealing is the ability to use them as money without some of the limitations of fiat-based money. Cryptocurrencies are more secure than using a bank or credit card and done at a lower cost than what credit cards charge; however, the transactions are completely irreversible. They are also very fast, global and not controlled by any government; thus, it cannot be manipulated by governments or other entities. They are also pseudonymous and permissionless. Although the ledger is public, neither accounts nor transactions are connected to your identity. You do not need anyone’s approval to use cryptocurrencies; it’s as easy as downloading the free software.

There are a number of reputable businesses that accept bitcoin as a form of payment, such as Microsoft, Expedia, Dish Network, Overstock.com and Subway. Of course, all of the benefits of cryptocurrencies also make them desirable for those looking to do things outside of the law. Much has been made of the nefarious activities that are utilizing cryptocurrencies.

Many economists, politicians and central banks have expressed concerns that cryptocurrencies, like bitcoin, are just a modern form of a Ponzi scheme. There is also a strong belief that speculation is causing a bubble in cryptocurrencies. There is a limited amount of supply and demand is quite high. We have seen bitcoin increase in value by more than 1,000% just this year alone.

The rise in the value of cryptocurrencies has more closely followed that of a speculative investment than a currency backed by a developed country. Bitcoin and other cryptocurrencies have been extremely volatile in price. You must remember, they could go to zero at any moment. There is not an asset backing it or government supporting it. What it has though is a strong following of people that believe in it. What happens if they go away?

Despite the concerns, cryptocurrencies are here to stay; however, we need to see them become less speculative and much more of a medium of exchange if they are really going to become digital cash. They need to exhibit very low volatility and be much more widely accepted by vendors. This will happen when governments regulate the market of cryptocurrencies. At that point, they will no longer be used as a means of speculation for future growth. The value will fall considerably, which is one of our most significant concerns about owning cryptocurrency today. We believe they are going to be worth less in the future than they are now; however, once that devaluation happens, we believe they will become a mainstream form of currency.